"What are your weaknesses" is a negative interview question and having coached and interviewed lots of people I've heard some great answers and some insane ones.

Firstly we're going to understand what the interviewers are looking for, then I'm going to highlight some common mistakes to avoid , then we'll look at how to structure and prepare your answer and finally I'll give you my top 5 weaknesses to use based on data from thousands of interviews.

From my perspective as a CEO or hiring manager I'm asking about weakness as I want to understand if a candidate has insight into their abilities and are actively working on any flaws to improve themselves.

Asking about weakness also puts the candidate under pressure since no-one likes talking about negative things and this allows you to see if they are honest and how they respond when on the back foot. All of these are important traits for an employee and really boil down to whether someone is coachable, honest and able to learn from any mistakes. I've seen interviewers ask for multiple weaknesses to really push the best candidates.

To score highly at the question you need to show interviewers you are self-aware, that you can be open and honest, particularly about your own shortcomings and that you pursue self-improvement and growth opportunities to combat these issues, as opposed to letting any weaknesses hold you back.

So while many people are terrified of answering this question it is actually a great opportunity to positively show how you audit yourself and are a high performer with a growth mindset.

So having interviewed a lot of people I've heard some crazy responses to this question including someone who genuinely said she had no weaknesses at all even when probed by interviewers and another guy who simply said "I can sometimes be lazy and late for things".

So common mistake number one is to give a weakness that is actually a negative personality trait. Personality traits like laziness are natural inherent traits within you that are really tough to fix and are closely associated with your identity and behaviours. In the context of a job interview weaknesses are things that can be improved on and which occur in a certain context not all the time.

Common mistake two is to not be honest with yourself and the interviewers and show lack of insight by dodging the question either by saying you don't have a weakness or saying "I'm not sure" or by trying to make it humourous by saying something stupid like "my weakness is Kryptonite". Don't try and be funny, understand that everyone has areas to work on and interviewers want to see that you have insight.

The third common mistake I see people make when answering this question is to choose an example which is quite obviously a strength in disguise. It is very common for people to say that their weakness is that they are a perfectionist or that they work too hard or they are a people person and so spend too long talking to colleagues and customers. These are extremely clichéd and obvious to interviewers and they again lack insight.

The final common mistake to avoid is choosing anything that sounds too bad. Saying things like you missed a sales quota because you need to improve your sales technique or that you need to improve your basic marketing knowledge when applying for a marketing role will raise a few eyebrows. So don't choose anything that will prevent you from succeeding in the role you're applying for.

So now we know what not to do let's look at how to plan and structure your answer.

How to Prepare and Structure Your Answer

Hopefully by now you know that for the purposes of a job interview a weakness is something that has occurred in a certain situation which isn't too bad and which you have improved upon and continue to develop.

So step one in structuring your answer is to choose a weakness that will not prevent you from succeeding in the role and which isn't too bad. You should be honest and choose a real weakness and I'd suggest you select a recent weakness and have one or two past weaknesses which you have corrected as back-up in case interviewers ask you for multiple weaknesses to really push you. At the end of this video I dive into some examples you might find helpful too. Hopefully you have received coaching or have worked on something naturally but if you are struggling try brainstorming your past and present weaknesses on a sheet of paper and then underline the weaknesses that occur in certain circumstances. You can also use this template to help get you started:

"I don't have a huge amount of experience in X and I noticed that when doing Y I was Z."

You want to make sure you get the context right and show the weakness is correctable, as an example let's look at someone who needs to improve their public speaking:

"I don't have a huge amount of public speaking experience and I noticed that my voice would wobble when presenting at large team meetings meaning that I didn't sound as confident as I would like."

This is a good example as we'll assume public speaking isn't essential to the role and is something that many people struggle with. The person also shows awareness that their neves can imply they are not confident and this needs to be corrected.

Say How You Identified The Weakness

Having selected a weakness remember that interviewers want to know that you are self-aware and regularly look for ways to improve yourself. You might want to say that you regularly reflect on projects you've been involved in and look for ways to improve or simply that you constantly self-audit your performance and ask others for feedback from which you can learn. This helps to provide context and a situation and story for the weakness itself.

"I don't have a huge amount of public speaking experience and I noticed that my voice would wobble when presenting at large team meetings. I spotted this and also asked my team for feedback after presentations and realised I didn't come across as confident as I would like..."

Here not only has the person spotted a weakness themselves they have also dived further into that weakness by asking others for feedback to really interrogate it and understand how best to improve.

Say What You Are Doing About It

Regardless of what weakness you choose the key to answering this question well is to show the interviewers what you have done and are continuing to do about the weakness. You want to make sure you say that you have corrected the weakness and that you are now developing your skills in the area even further. This is a great opportunity to show self-development and how you learn and can go the extra mile. A template for this is:

"To improve this I did W. I now no longer do X and instead do Y which has resulted in Z for my team/company/myself"

Taking the previous example of someone who lacks confidence in public speaking, the candidate might say:

"...to improve this I first dived into some books including 'Talk Like TED' by Carmine Gallo to help me understand what to work on, I then attended public speaking classes and asked our exec team if I could do some larger meetings to push myself. I continued getting feedback from my team and not only did I feel more confident but my team also fed-back that my presentation skills were much improved. I now really enjoy public speaking and have done some YouTube videos for the company which lead to 20 MQLs last month and will be speaking at a 10,000 person conference next month."

This is a great answer as it shows to interviewers that this person is a high-performer since they are challenging themselves and have actual quantifiable results that show they have successfully overcome their weakness that have positively impacted their team and company.

Putting It Together and Re-Framing

So putting all of these steps together you want to choose a correctable weakness that isn't too bad, mention it briefly together with how you became aware of it and then quickly move the answer from a negative question about weaknesses and reframe it in a positive light focusing on how you are self-aware, how you corrected the weakness and what you learned from developing the skills which will be essential to the employer. This is a Jedi interview trick and allows you to own your answer and move it from being about weakness to how you can add value to the employer. Remember every answer you give should include value to the employer. So as a bonus point following on from the previous public speaking example you might say: "... I'd love to speak at large team meetings at your company Mr Interviewer and to represent the company at any events or conferences to help talk about our product if needed."

Top 5 Weaknesses To Use

So now we've been through how to plan and prepare your answer let's look at some solid examples for you to choose from based on data and responses from thousands of high-scoring interviews I've been involved with.

Number 1: “I lack experience in…” My top tip is to go for something that is part of your development. This is an understandable weakness and shows you are ambitious and know what skills are relevant to your career progression. It might also be a skill that is parallel to the role that will help you communicate with other teams such as learning coding if you are applying for a marketing role

Number 2: “I used to find it difficult to ask other people for help. I always try to figure things out for myself." This is a nice example as it is again understandable and hints that you can work autonomously but appreciate the importance of teamwork and coaching.

Number 3: “I used to struggle with giving people feedback.” No-one enjoys giving negative feedback to team mates and this is a skill which is needed by managers and you can go on to talk about the importance of emotional intelligence and coaching team members.

Number 4: “I used to find it hard saying no to people.” Anyone who is busy will appreciate this weakness. We all want to please others and it can be tricky respecting our own time and boundaries. Interviewers will relate and books like "The Art of Saying No" can be used as references for how you tackled the problem.

Number 5: “I used to struggle to let go of projects I worked deeply on.” This is great as it shows a passion for work but also an understanding around the importance of working quickly and handing completed projects off to other teams. You can bring in elements about reflection at the end of a project and being grateful for having completed the project and how projects contribute to company goals to show understanding of company alignment.

Now if you practise your answer and get used to reframing any negative to a positive you'll be well-placed to score highly at any interview and get hired. 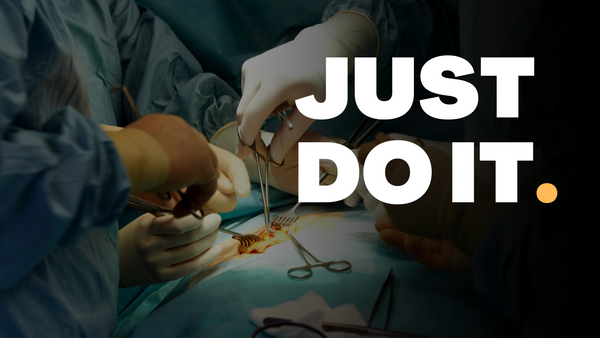 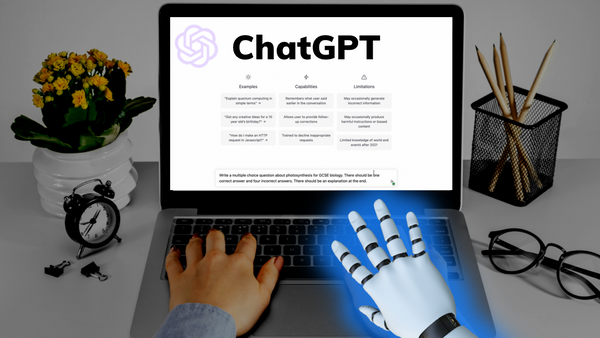 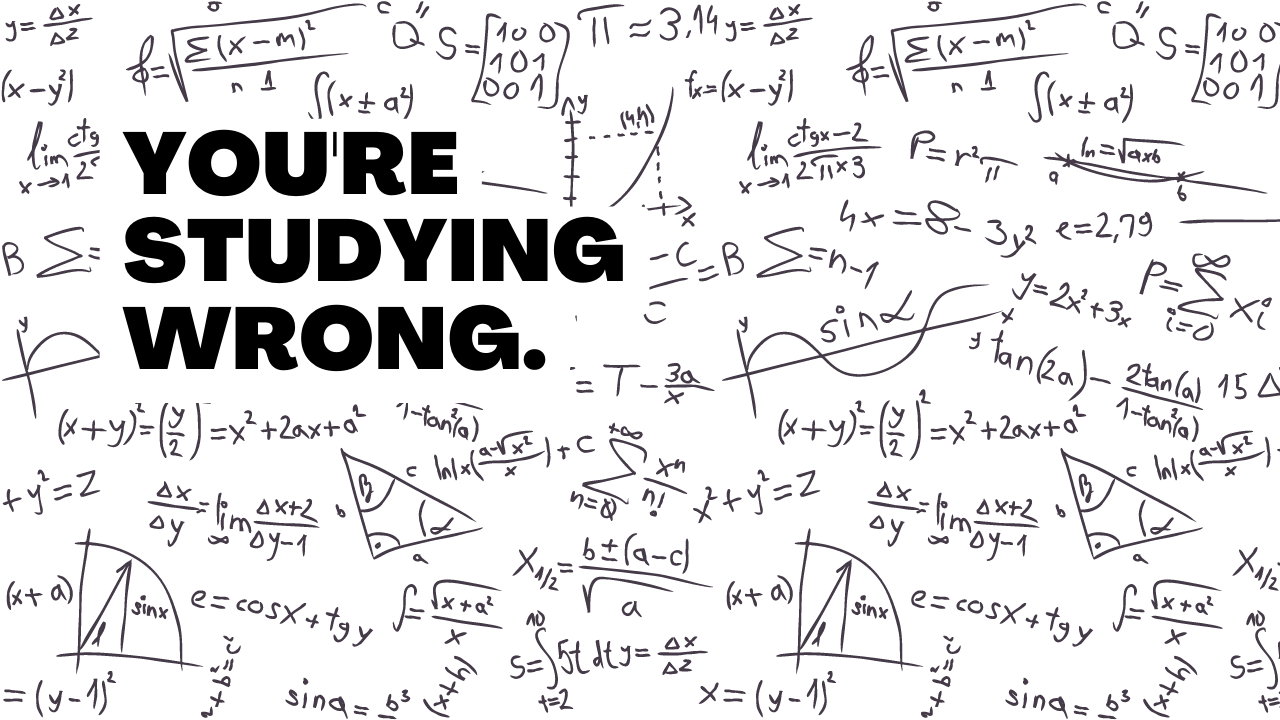