Despite having graduated from medical school in 2009 I can still remember a ton of medical facts and anatomical knowledge in a huge amount of detail because I learned it over a long period of time. Whether you're studying for an exam or learning a new language you want to ensure that you are maximising your time and learning as efficiently as possible to get the maximum benefit from your learning.

Spaced repetition is the process of testing material over progressively longer intervals in order to increase the effort of recall and thus embed knowledge further into long-term memory. By spacing study sessions out more information is encoded into long-term memory than by cramming in sessions even if you spend fewer actual hours studying. Breaking up your study time can also allow for other activities and help you to maintain a healthy lifestyle while studying. When combined with active recall spaced repetition can help you remember things for longer and in less time.

The Brain and The Forgetting Curve

The human brain has around 86 billion nerve cells called neurons which are fundamental building blocks of the brain. When we acquire new knowledge (of any kind), neurons and the synapses that connect them become more strongly connected, which creates a stronger network and allows the neurons to communicate with each other faster and more efficiently. As you recall information these connected neurons and synapses become stronger making things easier to remember. The more and stronger the neural connections you develop the better you have learned something.

In the late 1880’s, psychologist Hermann Ebbinghaus became the first person to systematically tackle the analysis of memory, and he did this by spending years memorizing lists of nonsensical syllables that he made up.

By meticulously recording his results – how many times he studied each list, the time intervals between his study sessions, and how much he was able to remember – Ebbinghaus was able to chart the rate at which memories “decay” over time. He showed this rate of decay in a graph called the Forgetting Curve.

Ebbinghaus published "Memory: A Contribution to Experimental Psychology" in 1885 and hypothesized that the speed of forgetting depends on a number of factors such as the difficulty of the learned material (e.g. how meaningful it is), its representation and other physiological factors such as stress and sleep. He further hypothesized that the base forgetting rate differs little between individuals.

He asserted that the best methods for increasing the strength of memory are:

As Ebbinghaus put it:

“With any considerable number of repetitions, a suitable distribution of them over a space of time is decidedly more advantageous than the massing of them at a single time.”

In his book How We Learn, memory expert Benedict Carey states:

“Some amount of breakdown must occur for us to strengthen learning when we revisit learning material. Without a little forgetting, you get no benefit from further study. It is what allows memories to build, like an exercise muscle.”

In other words, memories are strengthened by things we encounter regularly and frequently. That is also why Spaced repetition works so well. By repeating new information at the point when we start to forget it, Spaced repetition forces your brain to improve the connection between nerve cells.

Ebbinghaus' premise was that each repetition in learning increases the optimum interval before the next repetition is needed (for near-perfect retention, initial repetitions may need to be made within days, but later they can be made after years). He discovered that information is easier to recall when it's built upon things you already know, and the forgetting curve was flattened by every repetition. It appeared that by applying frequent training in learning, the information was solidified by repeated recalling.

By testing students at progressively longer intervals, spaced repetition allows some forgetting to set in. This means the effort students have to apply to recall material in each testing session is significant leading to deeper and more durable learning. Interrupting the process of forgetting is the most effective way to cement knowledge in long-term memory.

A word-learning experiment illustrates some key points about retrieval-based learning. In the experiment (Karpicke & Bauernschmidt, 2011), students learned a list of foreign language words across cycles of study and recall trials. In study trials, the students saw a vocabulary word and its translation on the computer screen, and in recall trials, they saw a vocabulary word and had to recall and type its translation.

The key question in this research was, how well would students remember the vocabulary word translations in the long term?  Merely studying the words once without ever recalling them produced extremely poor performance (average recall was 1 percent). Practicing until each translation was recalled once was much better. Massed retrieval — repeating the translations three times immediately — produced no additional gain in learning. Repeated retrieval enhanced learning only when the repetitions were spaced, and indeed, the effects of repeated spaced retrieval were very large.

So now we know that spacing study sessions is the most effective way to learn let's look at what the most optimal spacing schedule is and how we can practically implement this.

In 2008 psychology researchers at the university of California examined a large cohort of 1,354 subjects who they tasked with recalling 32 trivia facts using different spaced repetition schedules. Their research of 26 spaced study schedules conclude that no absolute study interval exists but rather how long the subject wishes to retain the information for dictates the first study gap. From their research they found that the optimal first study gap declines as a % of the time to test. For example if the test is in a week the gap should be 20-40% e.g. 1-2 days, if the test is in 6-months it should be 10-20% so 3-5 weeks.

As we know from the forgetting curve and work of Ebbinghaus you want to space things out and remind yourself on multiple occasions with intervals increasing in size to maximise effort and recall each time. For most students exams will likely be 1-6 months away so you will be working with study gaps of 1-3 weeks generally.

The gap between each repetition gets progressively longer 2, 8, 20, 30 as per Ebbinghaus' research. But as we know from the same research the best methods for increasing the strength of memory are:

While point 2 is covered by the spacing intervals we also need to consider just how well we know the topic to begin with to give us the best chance of embedding it in our long-term memory.

In line with the forgetting curve and memorisation if you are unable to recall certain facts you will need to actively recall them more frequently to and equally facts that you have embedded already should have longer spaced intervals.

Language company Pimsleur adopted spaced repetition for learning languages to great effect and both they and German science journalist Sebastian Leitner developed spaced repetition systems that organised learning materials around ease of recall, setting spacing intervals based on whether the learner is able to recall the fact.

This is best visually represented by the Leitner system, where correctly answered cards are advanced to the next, less frequent box, while incorrectly answered cards are return to the first box or the preceding box. Each box then carries a spacing interval with better known cards in box 5 having the longest interval and cards that have been mastered (answered correctly 5 times in a row) are removed from the card circulation.

This system can be digitised and automated or followed manually using an excel spreadsheet.

Creating Your Own Spacing System For Learning

A quick and easy way to integrate spacing into your studying is to use excel. You might want to pick up an excel spacing template you can download for free from google sheets or you can create one yourself simply by listing the topics you are learning and then setting review or repetition dates based on your desired spacing schedule and number of repetitions. You can then use a traffic light system to highlight how well you know the topic on the recall days and adjust the spacing interval as needed in a similar way to the Leitner system.

You will want to decide how long you have until your test or how long you want to recall the information for and then decide whether you want to use a digital learning system or a hand-written flashcard or notes system.

Some good automated digital learning systems include Anki Flashcards, Supermemo and Shiken all of which have spaced repetition built in and will allow you to jump in and practise active recall of topics to maximise learning effectiveness. 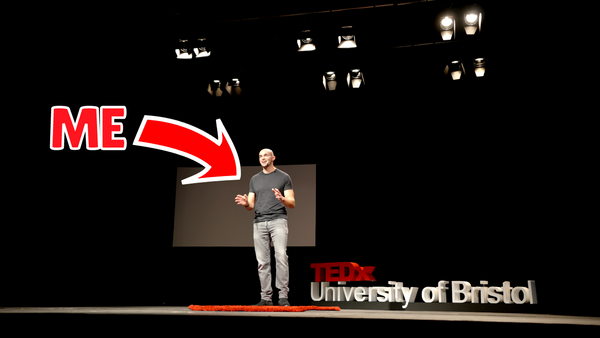 Today, I'm going to be showing you how I memorized and gave a TEDx talk that got over 50k views in the first 7 days. 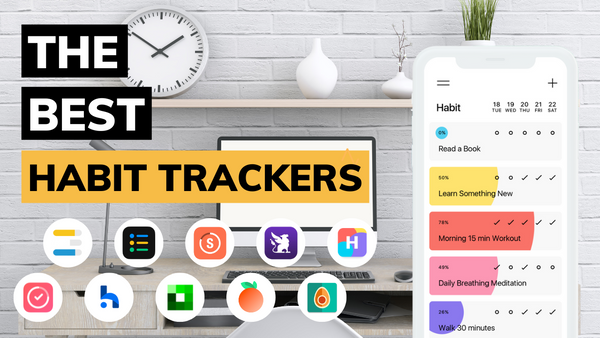 I downloaded as many free habit trackers as I could find, filled my phone with them and then used each of them to track my habits over a week long period to find out which were the easiest and most effective to use. 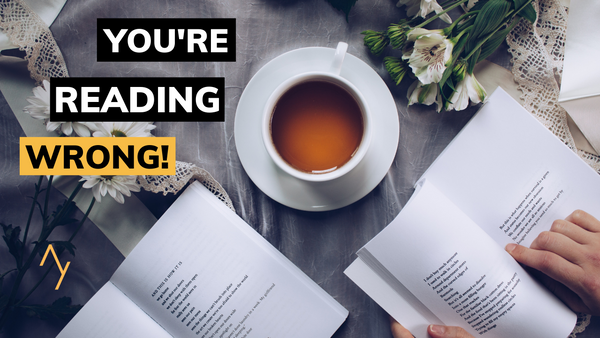 I'm going to show you how to become a better reader